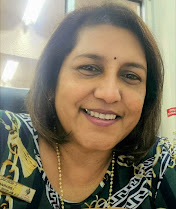 It is indeed with much pride that the UKZN Library has earned the bragging rights of outstanding staff dedication to service. 2021 saw the following staff mentioned below achieve recognition for their outstanding and committed long service to University of KwaZulu-Natal Library.  Each in their own right have contributed and continue in making UKZN Library iconic in its reputation in the domain of academic libraries and librarianship.

“Heartiest congratulations” to each of you and a big thank you for your contributions as being part of UKZN Library’s success story.  It is said that Commitment to work, Loyalty, and Diligence are the cornerstones of great employees and each of our worthy recipients are a testimony to this.  We are truly proud of each of you in reaching these career milestones and wish you many more rewarding years ahead.

UKZN Library proudly salutes each of our awardees and can without a doubt attest its successes to the likes of such a dedicated team of employees. Awarded respectively as follows for their worthy years of service on the 25th of November 2021, you will get to read of the some of our esteemed colleagues’ interesting experiences, spanning decades. Such loyalty in service undeniably serves as great encouragement and mentorship to our new and up and coming LIS Professionals.

Louann is the book keeper at Pmb library. According to Louann “I cannot believe how quickly 15 years have passed. The Library has been a place where your colleagues become your friends thus making work enjoyable.  I was fortunate enough to have interactions with staff on all campuses and different departments and it has been such a pleasure getting to know everyone. There have been many changes in my job from when I first started in 2006, but as they say “Change is good” so I have learned to adapt and persevere in my duties. I would like to thank Management and staff for their assistance over the years and I look forward to what the future holds.”

Thabile Doreen Xulu joined the University of Natal in 1999 working at the Music department (African Music Project) as an Admin Assistant Officer up to 2001. She then moved to EPU (Natal), a research unit that was affiliated to the University of Natal from 2002 to 2005. She came back to work at UKZN AIDS Programme on the 1st of January 2006 as an Assistant Admin Officer until 31 October 2010. She then moved on to Campbell Collections from the 1st of November 2010 to work as an Assistant Admin Officer later referred to as Library Administration Officer. She has a National Diploma in Public Administration and Management.Thabile was one of the researchers who took part in the Community Development Project on Documentation, Video and Photography at uMlazi in 1998 to 1999 organised by the University of Natal. She also participated in the project that was organised by Corporate Relations,title: “Be Knitwit for Mandela” (knitting pieces for the Nelson Mandela blanket). The project          took place at EG Malherbe Library on  the 29 May 2017. In 2014, she was involved in the Campbell Collections’ Interview Project for the  Forced Migration in the Cato Manor Area. She assisted with creating a list of  interviewees and schedule for the  interviews. She is currently assisting with the Special Collections’ Digitisation  projects, Preservation and Conservation Projects, and  organising the Special  Collections’ conferences and annual lectures Thabile is a dedicated worker who works hard to achieve her goals. She always  completes her work ahead of time. She is a go getter and team player.

Shanitha’s career started at UKZN on the 8th of February 1996 and until 30th November 1996 was a Library Assistant. She then worked at the Short Loan Section of the main library on a half day post under the supervision of Rabin Maharaj from 1st December 1996 until 29th February 2000.
She worked as a Senior Admin Assistant still in a half day post from 1st March 2000 until 31st July 2009, becoming a full time employee from 1st August 2009. In 2014, she obtained a Bachelor of Information Science Degree Since then she has worked at the main library Circulation desk performing all circulation functions. Ms Celeste Johns, Shanitha’s supervisor acknowledges that she is phenomenal and it is an absolute pleasure to work with.

UBaba Sol as he is fondly known to all staff and students is synonymous with many departments of the UKZN Library.  Solomon is acknowledged for being the most gentle and humble soul who is always ready to help staff and students.  Mr Zungu’s career over the past 25 years included holding various positions across several departments.  He began his service to the university in1996 whilst being employed as a messenger in the ICS Department. He thereafter moved to Medical School as a messenger.  At the beginning of 1999 he joined the EGM Main library as a shelver/stack attendant and soon after joined the GMJ Sweeney Law Library where he worked until 2017.  Since 2017 he has served the university community whilst working between these 2 libraries.  Solomon takes extreme pride in all that he does and he is ‘service with a smile’ personified.

Thiru has worked his way up from the Baggage department where he started in 1995 to Senior Librarian at the Gandhi-Luthuli Documentation and completed the necessary qualifications along the way.   He worked there until September 2000. He was promoted to the library mail room and worked there until December 2005. Between 2006 and June 2009 he worked at the Issue desk and Academic Reserves section at the Westville Library.   During this time he completed his National Diploma in Library Science.In July 2009, he started work at the Nelson Mandela Medical School library as the Supervisor at the Issue Desk.  He was instrumental in the RFID self-check system implementation. This was a great learning experience for him. In June 2014, Thiru was appointed the Senior librarian at the Gandhi-Luthuli Documentation Centre. He completed his Honours in Library and Information Science in 2015.  Since he spent most of his working career on the Westville campus, he was very familiar with the Documentation  Centre. He has quicky adapted to this position and is well-acquainted with the collection, which as he says “I knew I could do since I am a fast learner”. Another one of his recent achievements is that he revived the advisory board at the centre in 2014.  He has also worked with some researchers on an oral biography of the Phoenix settlement as he and his family lived there for many years.  He has also successfully managed to bring in many donations in the form of books,      documents and artefacts.He regularly communicates with academics and independent researchers internally and externally. This is why the centre has attracted many researchers nationally and internationally.

“I started working at the University of KwaZulu Natal when it was known as UDW in 1995 February until 30 May1996. I used to work in the baggage area where bags were kept when entering the library. On the 1st of June 1996, I was permanently employed at the University. I then started working at circulation inside the Library as a Library assistant. Other times, I would assist at the counter and academic reserve when there was a need.For the past 25 years, I have been working as a Senior Library Assistant.”
35 years: Sanjeeth Munshi (Westville Campus)

“My journey at the University began in August 1986 when I was appointed as a photocopying assistant at then, UDW Library. I attended to the photocopy needs of students and it was 5 cents per A4 page and 10 cents per A3 page.
I then registered in 1991 part time for a BAdmin. degree and graduated in 1996. In 1992 I was transferred to the Issue Desk under my HOD Mr Siva Moonsamy whereby my key functions were Issues, Returns, Renewals and assisting with queries from staff and students. In 1996 I was then transferred to the Academic Reserves under Mr Arvin Harilall who was the HOD. In 1999 Mr Arvin Harilall resigned and I was appointed as the HOD for Academic Reserves. In 2004 I registered for a Post Graduate Diploma in Library Science and graduated in 2006.
I headed the Academic Reserves until 2011 when I fell ill and was laid off work for 3 years. When I returned to work in 2015 I was appointed as Inter Library Loans Officer under the headship of Mr Sipho Khumalo. In 2018 the Issue desk, Academic reserves and Inter Library Loans combined into one office and to date I am now working in that office.
During my time at Westville Campus I witnessed the changes, transformation, protests and strikes by staff and students and also the good memories which I will treasure. I would like to thank my colleagues for being there for me and the support and working as big family.
Finally I want to thank my previous and current HODs for supporting, guiding and the encouragement you showed towards me and not forgetting my wife and children who stood and bared with me. Also a very big thank you to all the staff who made an impact to my life on Campus. God Bless You and your family.”

“A little insight into my journey at University of KwaZulu-Natal for the past 35 years. I began my UKZN journey on the 13th of May 1986 in the photocopy room, where I spent 5 years. I was then promoted to the position of a Library Officer on the 1st of February 1990. Since then I have worked in Circulation, at the Issue Desk and Reserve section. I have been in my current position as a Stack Attendant since 2014.  I have had 35 wonderful years at the University of Durban-Westville and now University of KwaZulu-Natal.   I would like to thank Mr Potgieter for the opportunity and the current management.”
Posted by Nonjabulo Ngcobo at 10:32